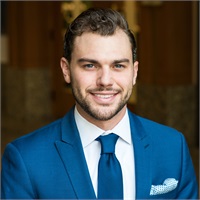 Michael W. Obenauf joined Wilde Wealth Management Group as an Investment Advisor Representative in 2019 and works out of firm’s Scottsdale office. A coach at heart (and in his spare time), his approach to client service is to educate versus dictate, talking to each client versus at them. He is also an advocate of tailoring investment strategies and actuarial science to effectively accomplish unique financial planning needs.

Michael earned his two Bachelor of Science degrees from the University of Wisconsin-Milwaukee. At his prior firm, where he worked in financial services, he was named “Rookie of the Year” in 2016.

Michael holds Series 7 and Series 66 registrations as well as his Life and Health License. He was attracted to Wilde Wealth both for its stellar reputation in the industry and the community minded spirit of the team.

Community minded himself, Michael coaches youth hockey at the Ice Den and was recently appointed to the Scottsdale Active 20-30 Club. The organization is comprised of 50 men between the ages of 20 and 40 that are business and community leaders. The focus of the organization is philanthropic fundraising to support local children's charities, but it also allows Obenauf the opportunity to take part in hands on activities to mentor kids toward goals.

An Illinois native, Obenauf has resided in Scottsdale since 2016.