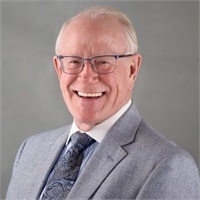 Robert (Bob) Wernecke found his passion for helping people with their benefits and insurance choices back in 1968 when he joined MetLife and then moved in 1978 to General American. He then launched his own firm, ECA Financial Services, in 1985 and has helped hundreds of people understand and make better choices for themselves, their families and their businesses.

Mr. Wernecke cherishes his wife of over 50 years, Diane and his two daughters, and makes his relationship with his two grandsons a top priority (one daughter & grandson live in CA now).

Mr. Wernecke is Past President of National Association of Insurance and Financial Advisors, serving as its 100th President during the Association’s Centennial year, 1989-1990.