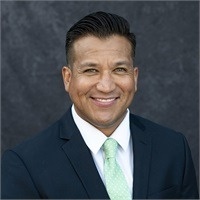 Seth Wilde, a Registered Representative at Wilde Wealth Management Group, grew up – quite literally – in the world of financial planning and client services. His father, Bill, worked in the industry since before Seth was born.  While he worked toward his bachelor’s degree at Utah Valley University, his father and brother Trevor launched Wilde Wealth Management Group in 2003

Inspired, Seth focused his studies toward planning, with the goal of one day joining his family in the business.

After graduating from Utah Valley University in 2007, Seth moved back to Arizona and got more of a wild ride than he initially planned during his first years in business as he began his career in financial services during some of the most tumultuous market conditions the market has ever seen.

This gave him the opportunity to experience the fear a market downturn can cause investors, and in response laid the foundation for his advice-based philosophy focused on capital preservation. He formally joined Wilde Wealth Management Group in 2007 with an emphasis on designing suitably structured portfolios. Seth also attained the AIF® designation, which is the mark of commitment to a standard of investment fiduciary excellence.

A lifelong supporter of the Boy Scouts of America – and an Eagle Award recipient himself, which is the highest honor in Boy Scouting nationwide – Seth is as proud of the firm’s work to help both clients as well as the community at large through the Wilde for ArizonaTM Community Outreach Program, which empowers the entire firm to be active volunteers, fundraisers and neighborhood champions. He is also active in his church. Today, he helps to lead the firm’s Southeast Valley office, where he lives with his wife, Danielle, and their five children: Jackson, Grayson and Charlie and twins Marley and Blake.